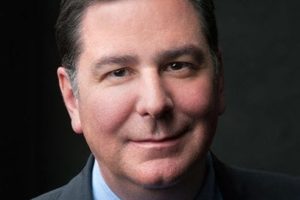 William Peduto has been Mayor of the City of Pittsburgh since 2014. Since taking office, Mayor Peduto has lead a collaborative effort to make Pittsburgh a leading 21st Century city. Under Peduto’s leadership the City of Pittsburgh has played an active role in National League of Cities and U.S. Conference of Mayors initiatives and joined the Rockefeller Foundation’s 100 Resilient Cities network, an effort to improve city resilience in the face of climate change, globalization and urbanization trends. In 2015 Mayor Peduto signed a unique agreement with the U.S. Department of Energy to make the city a world leader in district energy production and Pittsburgh joined the UN’s Compact of Mayors, a global coalition of climate leaders committed to local action and global impact. Recently Mayor Peduto joined with mayors across the world to reaffirm Pittsburgh’s commitment to the Paris Agreement and efforts to combat climate change. Mayor Peduto is a founding member of the MetroLab Network, a national alliance of cities and universities committed to providing analytically-based solutions to improve urban infrastructure, services and other public sector priorities. The Peduto administration recently unveiled the first ever ONEPGH Resilience Strategy based on the core p4 principles (People, Planet, Place & Performance), a model for urban growth and development that is innovative, inclusive and sustainable. Mayor Peduto is working hard to ensure that everyone benefits from Pittsburgh’s transformation and growth because, “If it’s not for all, it’s not for us.”