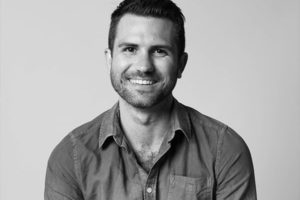 Michael Martin is the Head of Communities at SignalFire, an early-stage, AI-driven venture capital fund where he produces programming for portfolio companies and the rising stars in the global AI talent network.

In addition to his role at SignalFire, Michael is Co-Founder and Director of Public Policy of Free Machine, a non-profit organization that is focused on building an automated, equitable future for everyone. He is also a Co-Founder of Los Feliz Forward, a neighborhood organization that is focused on advocating for building all types of housing for all types of people in Los Feliz, his neighborhood in Los Angeles.

Previously, Michael worked with the XPRIZE Foundation, where he managed the AI XPRIZE, a $5M competition with the goal to facilitate human-AI collaboration to solve the world’s grand challenges.

Michael received his Masters in Urban and Regional Planning from the University of New Orleans and his B.A. in Political Science from Pace University.