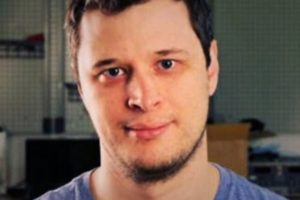 Sydney is a Montreal native with a strong desire to grow the cities innovation ecosystem. Having completed his studies in Psychology, Business and Computer Science he developed a strong passion for emerging technology, entrepreneurship, and innovation.

In 2012 Sydney became one of the co-founders of District 3, one of Quebec’s largest innovation centers, and has played an active role ever since. His recent responsibilities include managing a program to help Montreal teams participating in the AI XPRIZE, an international competition which asks teams to solve Grand Challenges using Artificial Intelligence. They recently launched their new initiative, the “AI in Life Science Discovery Program”, an 8-week cohort which inspires participants to build AI-Life Science Solutions.

Sydney also co-founded NeuroTechX, a non-profit organization which has built the largest international network of neurotechnology enthusiasts. The organization has created community chapters in 19 cities worldwide and have inspired the new generation to pursue a career in the domain.

In his spare time, Sydney is a core organizer of the DEF CON Biohacking Village, a conference which brings biohackers from across the world to share their projects and experiences. He is also an instructor for the Choson Exchange, an organization which brings entrepreneurs from across the globe to teach the subject in North Korea.