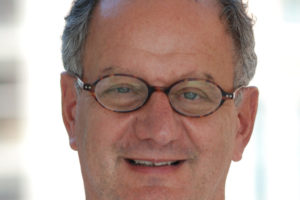 Toren Finkel, MD, PhD, a physician-scientist renowned for his research on the basic science of aging, is the Director of the UPMC-University of Pittsburgh Aging Institute and a Professor of Medicine in the Pitt Department of Medicine’s Division of Cardiology. After earning a bachelor’s degree in physics from the University of Maryland, Finkel obtained his MD and PhD degrees from Harvard Medical School in 1986. He completed residency training in internal medicine at Massachusetts General Hospital in Boston, and followed it with a fellowship in cardiology at Johns Hopkins Medical School. Finkel began his 25-year career with the National Institutes of Health in 1992 when he joined the National Heart, Lung, and Blood Institute as an investigator in its Cardiology Branch. He eventually became Chief of that branch, and later, chief of the NHLBI’s Translational Medicine Branch. His lab’s research focuses on the role of cellular metabolism and oxidative stress in aging and age-related diseases. In his new role at the Aging Institute, Finkel will direct and support research to identify signaling pathways and therapies that target the process of aging. He is the author or coauthor of more than 200 publications. According to Google Scholar, Finkel ranks as the 12th most highly cited author in aging and the 11th most cited in cardiovascular disease. Among his many recognitions is his 2013 induction as a Fellow of the American Association for the Advancement of Science.